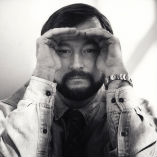 "As a young boy I received the gift of a camera.

From that moment on, my passion became capturing moments."

Philip Porcella has been a professional photographer for over 25 years. Through his experience shooting for such clients as Avon, Godiva,

Reebok, the French Tourist Bureau and dozens of well known brands he has developed a worldwide reputation for excellence and originality.

He has won virtually hundreds of awards including The One Show, Communication Arts Magazine Award of Excellence, The Andy Awards, Clios, and has been nominated for Photographer of the Year by

He has been graced with the opportunity to photograph such icons

Billy Bob Thornton and the King of Jordan, to name just a few.

Philip has photographed a book titled "Women – A Secret Folio,"

featuring Elite Models in locations around the world.

He has produced a major motion picture, "The Wizard of Loneliness,"

Philip continues to shoot for major clients worldwide and is currently working on three books of photographic work.

"Let's capture a moment together."